Engulfed in the Gulf? - Online Conference

On a search for Europe's future role in a turbulent region

The Gulf is a region in turmoil that faces numerous challenges. For Europe this region is crucial. Located in its closer vicinity, all negative developments and trends that the Gulf region sees are felt with only slight delays in Europe. It was often said that Europe is only at the sideline when it comes to the Gulf and that only the big powers such as the United States have a say in the region. However, the nuclear deal with Iran which EU member states helped to negotiate since 2003 onward, shows that Europe could play a positive role in the region and that it has stakes in the game if it only accepts the challenge of thinking and acting strategically in a joint way.

The purpose of this conference is to elaborate on Europe’s future role in the Gulf region and about which policy fields the EU and its member states could address in the upcoming years to contribute to a more stable, peaceful, and prosperous region.

You are cordially welcomed to join!

14:30 Uhr
FORESIGHT PANEL│ Exploring the Future of a Complex Region – How the Gulf Might Look Like in 2030?

… RELATIONSHIP BETWEEN STATES AND SOCIETIES
Simon MABON, Professor for Politics, Philosophy and Religion at Lancester University and author of the recent book “Houses Built on Sand: Sovereignty, Violence and Revolution in the Middle East”, Lancester (confirmed)

16:15 Uhr
1st INTERVIEW ROUND │How Is Europe Perceived by the Region?

TEHRAN
Nasser HADIAN, Professor of International Relations at the University of Tehran (confirmed)


THE PAST – What Are Key Takeaways from the History of Europe’s Involvement in the Gulf Region?
Anoush EHTESHAMI, Professor of International Relations in the School of Government and International Affairs, Durham University (confirmed)

(MIS)PERCEPTIONS – Walking on Edward Said’s Trail and Exploring Europe’s (Mis)Understandings of the Region
Susanne KOELBL, Journalist, Foreign Correspondent at Der Spiegel and Author of the Book “Behind the Kingdom’s Veil”, Hamburg (confirmed)

19:30 Uhr
2nd INTERVIEW ROUND │Evaluating the Outcome of the US Presidential Elections in Terms of Washington’s Future Policy Towards the Gulf


Soli SHAHVAR, Founding Director of the Ezri Center for Iran & Persian Gulf Studies and Professor at the University of Haifa (confirmed)

12:00 Uhr
4th INTERVIEW ROUND │ Perspectives from Extra-Regional Powers on the EU’s Policy towards the Region


Russia and Turkey play an important role in the Gulf region. In recent years both have invested political capital in the region and have build alliance networks on the ground that provid them with influence on the future development of the region. The purpose of this 4th interview round is to elaborate on the question how the EU’s policy towards the Gulf region is perceived in Moscow and Ankara?

MOSCOW …
Irina ZVIAGELSKAYA, Head of Center for the Middle East Studies at IMEMO and Professor of the Oriental Studies Department of the MGIMO University, Moscow (confirmed)

Freitag, 04.12.2020
18:00 Uhr
DIGITIAL CONCLUDING ROUND - EUROPE ENGULFED IN THE GULF? How Shall Europe’s Future Engagement with a Region in Turmoil Look Like?


Apart from presenting the findings steeming out of the hybrid roundtable discussions, held on the second conference day in Loccum (see 26 November), the purpose of this concluding panel is to elaborate on how Europe’s policy towards the Gulf region shall evolve in the future.

Niels ANNEN, Minister of State at the Federal Foreign Office and Member of the German Parliament (Social Democrats), Berlin/Hamburg (confirmed) 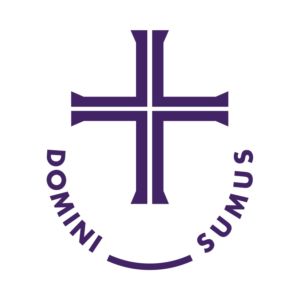